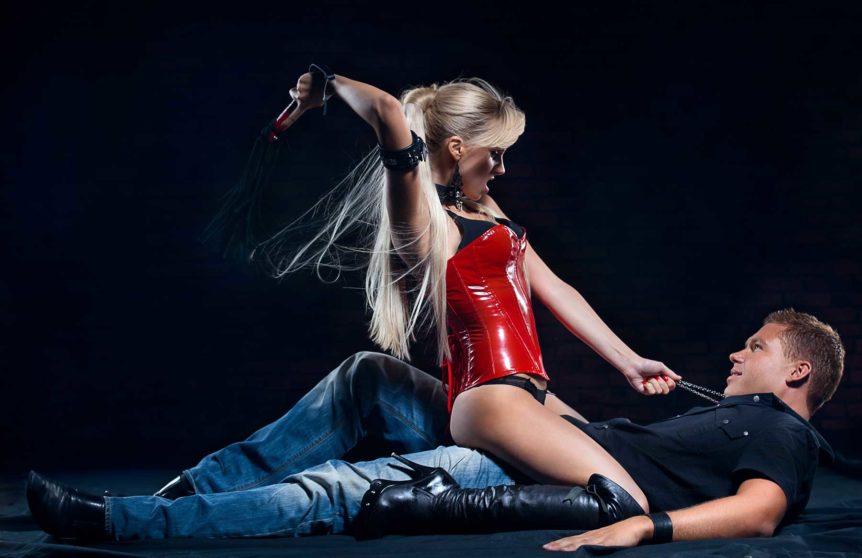 Because I look fucking hot dressed in leather, and nothing makes me feel sexier than when I’m wearing a corset with my riding crop in one hand and his leash in the other.

Because it’s nice to have someone to carry my bags when I go shoe shopping!

Because if he wants to fuck me up the ass, I think it’s only fair that every now and then I get to return the favor.

Because nothing gets a pair of shoes or boots cleaner than a man’s tongue!

Because nightly massages from a naked submissive can do wonders to help take the edge off after a stressful day.

Because my drinks aren’t going to fetch themselves!

Because sometimes the only thing out of his mouth that I want to hear is the “Mmmmmrpphhhh!” of him grunting into a gag.

Because it’s allowed us to connect more intimately on an emotional level than I would’ve ever imagined.

Because knowing that he wants to touch me when he can’t is an incredible turn-on.

Because he gets lost in my eyes as I stare him down while torturing his poor nipples with my freshly manicured fingernails.

Because it makes my heart race to hear him beg for more.

Because he looks even sexier to me when I’m looking down on him from my throne.

Because it’s fun to use a man simply for your own sexual pleasure!

Because he’s far more attentive to my needs when he’s wearing a cage around his cock that I locked in place myself.

Because he needs the release just as much as I do.

Because the one and only focus of a man who’s bound tight in a leather sleepsack is the woman who put him there.

Because if he’s going to fantasize about worshipping me, I’m going to give him something that’s worth the effort.

Because men need discipline in their lives, and who better than their wives to dress up and give it to them?

Because the sound of my leather flogger slapping against his bare ass makes me wet.

Because thinking up new ways to torture my man’s cock is a great way to pass the time in boring meetings at the office.

Because pain can be a great motivator for a man who doesn’t listen as well as I might like.

Because he looks perfectly at peace when he’s kneeling on the floor at my feet.

Because it makes me smile to think that his cock is straining against its chastity cage when my girlfriends come over dressed to the nines.

Because it’s something that we can do together as a couple that we both enjoy immensely, and every slap or tug or jeer makes me love him even more. 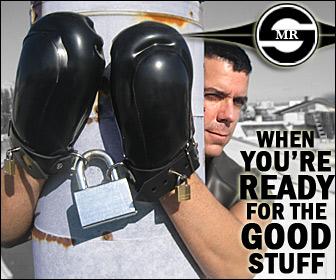